A Deeper Look Into Poverty 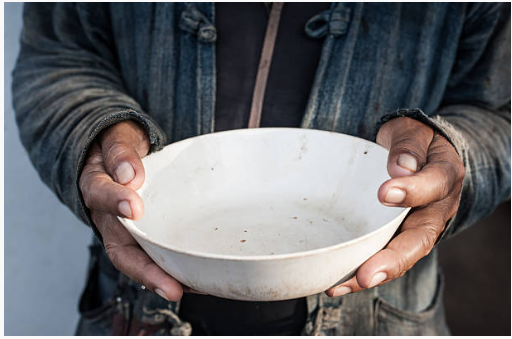 What a wonderful opportunity it is for me to represent the Salvation Army at the United Nations.  In this capacity, I hear first-hand about poverty around the world and extreme poverty and what is being done to alleviate it.

I also get the opportunity to see what the Salvation Army is doing about poverty and how it is making a difference in the lives of people who come through their doors, and those who come to them in their villages.

Representing the Salvation Army at the United Nations and working with fellow workers who have a common concern and wanting to do something about the issue of world poverty has certainly been enlightening and helping me to look at poverty from a different perspective.

Working with fellow Christians here at the UN has certainly been a joy in that we all understand who we are working for and our common cause is the same.

The interfaith community works well together to deal with poverty issues, but the Ecumenical Community sees the Christ in the work.

When we talk about poverty from a Western perspective we usually think of people who we see on the streets, or people who are on subsidize help for food and shelter.  The term that is usually used is poor.  We think in terms of physical poor, which many people in the world are physically poor, but they do not see themselves as poor or living in poverty.  It is just a way of life for them.  If they have the basics of life that is OK for them.

According to the United Nations assessment of poverty:

Keeping in mind how the UN Sustainable Development Goals are keeping track of the goals around the world and Poverty is considered one of them only they call it Extreme poverty.

Extreme poverty rates have been cut by more than half since 1990. While this is a remarkable achievement, one in five people in developing regions still live on less than $1.90 a day, and there are millions more who make little more than this daily amount, plus many people risk slipping back into poverty.

Poverty is more than the lack of income and resources to ensure a sustainable livelihood. Its manifestations include hunger and malnutrition, limited access to education and other basic services, social discrimination and exclusion as well as the lack of participation in decision-making. Economic growth must be inclusive to provide sustainable jobs and promote equality.  This is what you call extreme poverty.  However, the fact remains that many people who are working today are still called the working poor and live in poverty.

767 million people live below the international poverty line of $1.90 a day.  High poverty rates are often found in small, fragile and conflict-affected countries.  One in four children under the age of five in the world has inadequate height for his or her age.  Every day 42,000 people have to abandon their homes to seek protection due to conflict.

Poverty is one of the main causes of hunger in the United States. Many individuals and families have to make a trade-off between buying food and paying for other expenses such as health insurance, utilities bills, medical expenses and others. Poverty affects access to nutritious meals and restricts resources to finding these nutritious meals.

More than 42 million Americans, 1 in 6 children, struggle with food insecurity each day.  Hunger exists in every state, county, and congressional district in the United States.

10.7 million American adults between the ages of 18 and 64 who live in households earning below the poverty line work full or part time.  Those who do not work cite reasons ranging from being retired (1.3 million) and pursuing continuing education (3.5 million), to being ill or disabled (5.2 million) and taking care of family member (3.8 million).  Another 1.9 million adults would like to work, but cannot find jobs they’re qualified for where they live.

There are many reasons for people living at the poverty line or living in extreme poverty.

People also live in poverty when it comes to spiritual matters too.  If not given solid food in their sermons they received on Sunday, people will become spiritual poor people.  Never moving forward in their walk with the Lord.  It requires those who are doing the feeding of the sheep to spend time in God’s Word and in prayer and preparing solid Bible based messages that will bring growth in the life of their people.  Investing in the life of their people spiritually to keep them healthy.

Poverty can hit anyone at any time physically or spiritually.