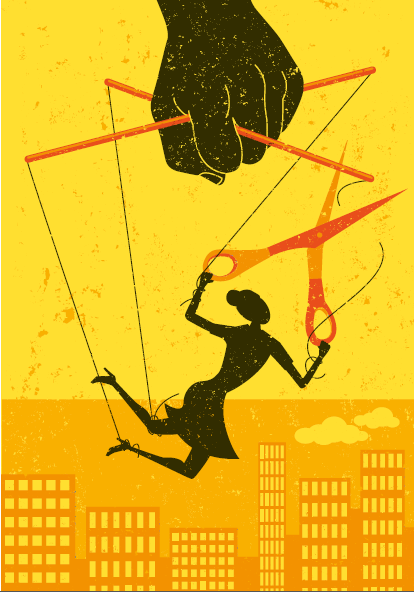 On behalf of the 2018 Annual Day of Prayer for Human Trafficking Victims approaching us, we are republishing articles of the Revive Magazine July-September 2018 publication with the theme: Restore Broken Dreams: Facing up to the global challenges of modern slavery.

How is it that in the UK so many people can be working as slaves? – on farms and building sites and in factories, nail bars, car washes, restaurants and hotels? Lieut-Colonel Diane Payne is often faced with this question from people who find it hard to believe that within their communities there is modern slavery and that people are being forced to work in such places. As a member of the Anti-trafficking and Modern Slavery team at THQ, Diane sees how people are being duped, exploited and abused by traffickers.

Although people often associate sexual exploitation with trafficking and slavery, the gambit is far wider than that.

Someone might be brought into the country as a domestic help but then be treated as a slave, which means they do not get paid or have time off and they are not allowed to go out on their own or to socialise.

Criminal activities associated with trafficking and modern slavery include cannabis farms and children used as drug mules or for theft. The criminals will send a slave out with a stolen debit or credit card to withdraw money from a cash machine and then if anybody gets caught, it’s the slave. Some people are enslaved to work on building sites or farms and although they might have a bank account opened in their name, only the trafficker will have access to the money paid in.

For six years The Salvation Army has operated the UK Government’s Victim Care Coordination contract within England and Wales. The Army has played a key role in helping victims of trafficking who are rescued by the police, healthcare workers, nongovernmental organisations or members of the public, as well as those who have escaped from their captors. The service has a 24/7 referral phone line to its victim care contract office and following a needs assessment, the victim will proceed to a safe house where they can be best supported. ‘We have our own safe houses,’ explains Diane, ‘but we also subcontract out to 12 other agencies with safe houses. When a person is rescued they will be moved well away from the area where the perpetrators are.’

The Salvation Army not only runs its own safe houses, but also coordinates where people go and keeps a check on the standard of all safe houses. Salvation Army volunteer drivers and chaperones play a key role in transporting people to safe houses. There is a database of volunteers who, when they receive a phone call, are prepared to go to a location to collect somebody and take them to a place of safety.

The locations of the safe houses are safeguarded and those who are taken to them are told not to bring anybody back and not to mention the safe house to others. There have been situations where perpetrators have tried to get hold of people through their mobile phones and caseworkers advise clients to change their sim cards or even to get a new phone. In some instances police authorities issue them with replacement phones when they are rescued.

While in the safe houses, each person has a caseworker who tailors their support according to their needs and may help them to find work and accommodation so that they can move on, as well as arranging for translators, counsellors and legal assistance. Although those who are EU (European Union) citizens have a right to remain in the UK, as with others from mainland Europe, if they want to return home, they are helped to move back safely to their home country. Non-EU citizens who want to stay are helped into the asylum process and linked up with legal representation, but if they want to return home, the caseworker would seek to ensure that this happens safely. Those who are unable to speak English may be assisted to enrol on an English language course and children are found places in schools.

The team works to help raise public awareness to ‘spot the signs’ of trafficking. Diane explains ‘It’s all about keeping your eyes open and not being afraid to contact someone if things don’t seem quite right. If you go to a car wash, look to see if the workers are wearing the right clothing for the job, do they appear to be tired or malnourished, do they seem intimidated as if someone is standing over them? Does the person doing your nails at the nail bar avoid eye contact, do they speak to you or remain silent, is there somebody standing over them watching and dealing with the financial transactions? In the street where you live, is there a house in which the curtains are always drawn and where in the morning a van pulls up to collect several men who then return in the evening? Is there somebody living with a family to provide domestic help and who is treated differently to the other members, are they subdued and not allowed to speak to anyone or to make friends?

‘I recently spoke about raising awareness at a conference. During the lunch break, a police officer who was there had returned to his station to find a woman and child sitting on the step. Having just come from the conference, he asked the woman some questions and discovered a modern slavery situation. The woman and her child were offered the help they needed.’

On another occasion Diane was approached by a doctor who told her how a few weeks earlier a well-dressed woman had come into his surgery with her 18 month-old child and a girl of 13 in traditional dress who was very subdued and carried the bags. He went back to his surgery to find out who this person was because he felt that the girl was possibly a victim of domestic servitude.

At present the team is developing post-exit hubs in six corps because once people leave the service and move on to independent living, it can be tough if their English is poor and they are living in a new area. The hubs are a way of helping to keep people safe by providing added support. Some of those who have been helped in this way have come to faith and found their spiritual home at the Army. In some places corps members make up gift bags for children and adults who are rescued to let them know that they are welcome and someone cares.

During 2017 the service supported 2,589 people from 93 different countries, the highest number came from Albania, followed by Vietnam and then Nigeria. There is an international arm running projects in various countries including Nigeria, Nepal, the Philippines, Tanzania, Malawi and Poland. The work in these countries is varied and focuses on raising awareness and sometimes rescue and reintegration into the community. In Nepal women are learning beauty treatments so that they can earn a living and in Poland job applicants are being encouraged to look carefully at their applications. All of these efforts aim to prevent people being entrapped.

In 2004 the Army’s international leaders pledged that within their territories they would work to raise awareness of trafficking and modern slavery and, if they had capacity, to do something about it. Fourteen years later, with raised awareness of the problem of trafficking and modern slavery, the work increases and out of tragic stories there are some heart-warming outcomes.