Interview with Shea Rhodes on FOSTA/SESTA 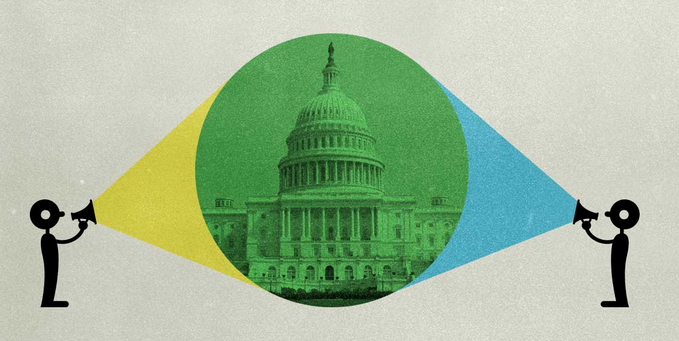 The following is an interview done by The Southern Territory, Territorial Services Coordinator against Human and Sex Trafficking, Hillary DeJarnett, and The Eastern Territorial Anti Human Trafficking Specialist, Jamie Manirakiza. After attending the National Center on Sexual Exploitation (NCOSE) 2018 Global Summit to End Commercial Sexual Exploitation conference, Ms. DeJarnett and Ms. Manirakiza, wanted to find a way to share and educate others in the field about recent anti trafficking legislation that has received a lot of buzz lately—namely the “FOSTA/SESTA” legislation. Primarily, we want to raise awareness about this bill and some of the ways, in which, it affects the anti-trafficking field. To do so, we had the pleasure to interview Shea Rhodes, ESQ, Founder and Director of the Villanova University Charles Widger School of Law Institute to Address Commercial Sexual Exploitation www.cseinstitute.org . We hope readers will find this information helpful in breaking down FOSTA/SESTA and stay tuned to our continued analysis of this bill in upcoming FAAST webinars.

What is your Name/Title:

Tell us about yourself, how did you get into this work?

“Shea M. Rhodes, Esq. has dedicated her career to combating violence against women, protecting the rights of those who are oppressed or exploited, and championing human rights. She is the statewide legal expert on Pennsylvania laws related to sex trafficking and commercial sexual exploitation. As the Co-Founder and Director of the Institute to Address Commercial Sexual Exploitation (CSE Institute) at Villanova University Charles Widger School of Law, Ms. Rhodes works with and on behalf of victims and survivors of commercial sexual exploitation and human trafficking. Prior to founding the CSE Institute, Ms. Rhodes served the Philadelphia community as a Assistant District Attorney for nearly 10 years. During that time, she was on the team that founded Project Dawn Court, a criminal justice diversion program for women who have multiple convictions for the crime of prostitution. She continues to sit on the Oversight Committee for Project Dawn Court. She also developed a Law Enforcement Working Group to facilitate collaborative investigations and prosecutions of human trafficking cases between local, state, and federal agencies in the Philadelphia region. Before joining the District Attorney’s Office, Ms. Rhodes served as a staff attorney for the Crime Victim’s Law Project where she provided legal assistance and advocacy to adult and child victims of rape, sexual assault, and stalking.”

Tell us about the Villanova University School of Law CSE Institute?

“The Institute to Address Commercial Sexual Exploitation at Villanova University Charles Widger School of Law, founded by Director Shea M. Rhodes, Esq., and Professor Michelle Madden Dempsey, D.Phil., was formally launched in September 2015. Since then, the CSE Institute has partnered and engaged with numerous organizations united against sex trafficking and CSE. We educate and provide technical assistance to legislators, policy decision makers, and other stakeholders in order to improve legal responses to CSE. Furthermore, in 2016, we added a direct legal services component to the Institute by establishing the Justice for Victims Fellowship where one of our partners is The Salvation Army New Day Drop in Center!”

For our readers out there who may not know a lot about the Communications Decency Act, what would you want to share? Why should we care about it in regards to human trafficking?

“The Communications Decency Act (“CDA”) was created to bolster the exchange of ideas on the internet while shielding children from harmful content on the internet.  In recent years, however, the CDA’s “Good Samaritan” immunity provisions have been broadly—and wrongly—interpreted by the courts to shield all website owners from civil or criminal liability, even where these website owners knowingly facilitated human trafficking and exploitation.  Due to this judicial misinterpretation, the CDA has been used as the shield behind which website owners can continue the exploitation of other humans, all in the name of their bottom lines and profit margins.”

We know that FOSTA/SESTA recently was sign into law, as groundbreaking legislation in the fight again human trafficking, can you help us to understand why this is important?

“FOSTA/SESTA provides access to justice for victims of sex trafficking, where it had previously been denied.  Trafficking victims who have been exploited through online advertisements have had no method of legal recourse against the website owners that not only knew of their exploitation and did nothing of it, but actually knowingly facilitated and promoted their exploitation.  FOSTA/SESTA gives these victims and survivors the opportunity to both pursue criminal prosecutions and civil damages against those website owners that were complicit in their traumatization.”

What changes does make to our current laws? How will this help the fight against human trafficking?

“FOSTA/SESTA allows criminal prosecutors and civil plaintiffs to target websites that knowingly facilitate sex trafficking or intentionally promote the prostitution of others (i.e., “pimping”).  These bills clarify that the CDA’s immunity provisions cannot be used as a shield against illegality by website owners engaging in these types of activities.  Furthermore, the bills also create an aggravated offense for when a website knowingly promotes or facilitates the prostitution of five or more persons or acts in reckless disregard of such conduct.”

Can you help us to understand the role of the internet in facilitating sex trafficking in our communities prior to the landmark move by the Federal government to shut down Backpage.Com on Friday April 6, 2018?

“The activity within the first 24 hours after Congress passed FOSTA-SESTA was intense. A number of sites, including online sex buying sites, shut themselves down. This shows just how expansive and prevalent facilitated commercial sexual exploitation online is in the United States. These websites or sections of sites are shutting down because their owners have long been aware that they were knowingly promoting prostitution, commercial sexual exploitation, and facilitating sex trafficking. By shutting down prior to the signing of FOSTA-SESTA into law, these websites are seemingly trying to reduce their potential liability.”

How do you think the shutdown of Backpage.com will affect the fight against sex trafficking?

If you could pick one or two challenges faced by the anti-trafficking community going forward, what would you say they would be?

“One of the most significant changes that we could make in the anti-trafficking community is to educate law enforcement and prosecutors to stop arresting and prosecuting women and children who have been caught engaging in commercial sex—they are victims, and survivors, of commercial sexual exploitation, not the perpetrators of crimes.  If we could create a culture where prostituted people were not prosecuted, we could prevent the further victimization of these individuals and more effectively provide services for these individuals.”

To continue reading about FOSTA/SESTA or related policy issues, you can visit the CSE Institute online at: www.cseinstitute.org.

We look forward to continued dialogue around this issue. The Salvation Army has been engaging in working with those who have been commercially sexually exploitation since our founding in 1865, and will continue to provide survivor services around the United States. For a map of our anti human trafficking efforts nationwide please click here: https://sajustice.us/fight-for-freedom/#current-initiatives 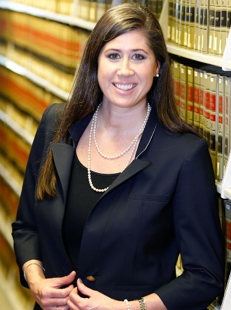