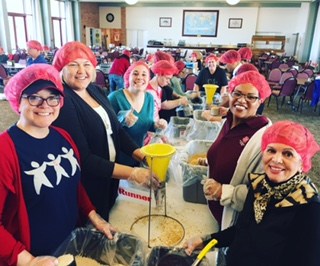 Irritable as a result of feeling hungry (Dictionary.com)

We all know someone who gets “hangry”, that blend of hungry and angry resulting in the apologetic comment, “I’m sorry for what I said when I was hungry.”  The cure:  eat a piece of string cheese, an apple, a handful of raw almonds and in an instant the mood changes.

Being hangry is a “first world problem”, you know, not a real problem in the grand scheme of things.  Being hungry, now that is a world-wide problem.  Many people internationally do not have the luxury to carry snacks in their bags or pockets in case their stomachs grumble due to not having food for a few hours.

In Rancho Palos Verdes, California, on Saturday, January 28, 2017, The Rotary Club, Rise Against Hunger Organization and The Salvation Army USA Western Territory College For Officer Training (officers, employees and cadets) collaborated, packing 10,000 meals in 55 minutes.   The meals contain dehydrated rice/soy meal and is fortified with 23 essential vitamins and nutrients.  They will be shipped to 74 countries around the world.

The Rise Against Hunger organization has a goal of getting rid of hunger by 2030.  They do this through education and by organizing meal packing parties and sending the meals to countries in need (see photos).  “Overcoming poverty is not a task of charity, it is an act of justice,” Nelson Mandela said.

You may not be in a location where Rise Against Hunger can come and set up a meal-making gathering.  You may not have the resources to donate to a local agency fighting against hunger, but you can make a difference.  Mother Teresa, who lived her life loving and serving the hungry and poor in Calcutta, India said, “If you can’t feed a hundred people, then feed just one.”   You can do that! 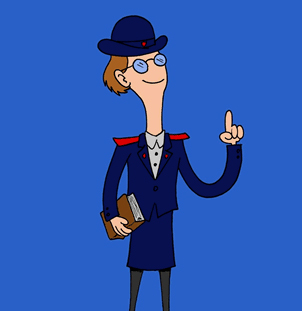 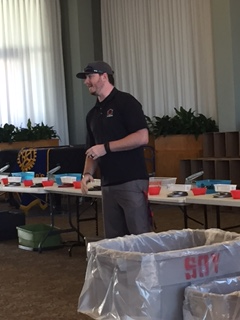 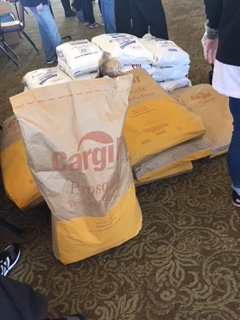 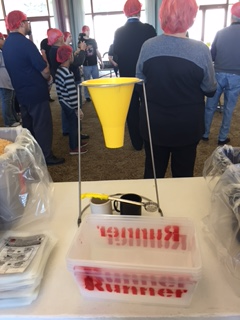 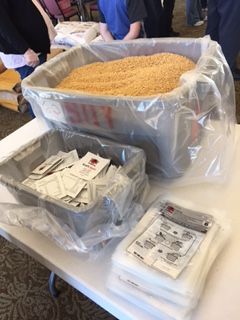 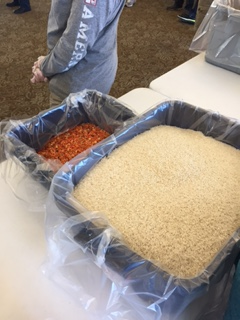 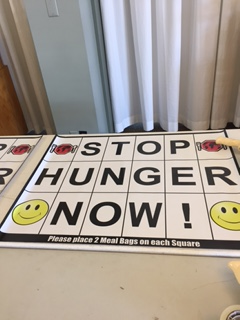 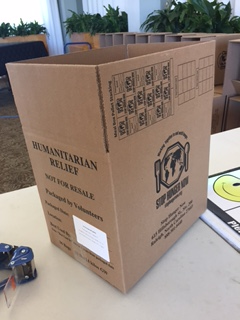 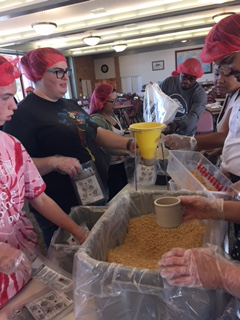 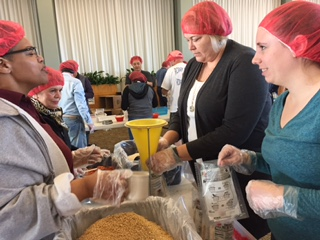 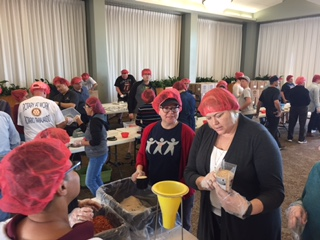