Marvel Studios has been producing a lot of movies over the past decade. One of my favorites? Captain America.

For those who don’t know much about Cap’s backstory, Cadet Steve Rogers was a short and weak individual who wanted nothing more than to serve his country during the 2nd World War. It’s not as if he wanted to kill Nazis, he just didn’t like bullies.

The gist of the story is this: Rogers was chosen for an experimental procedure which would turn him into the ultimate soldier. While the procedure succeeded and Rogers was given incredible strength and stamina, the U.S. Army chose not to use him to do any fighting in Europe. After serving as “Captain America”, a character designed to convince Americans to purchase war bonds, Rogers grew tired sitting on the bench as others fought the real fight for him. It was then that Steve, without orders or permission, put his power to use as he braved hopeless odds to rescue an entire division of allied servicemen.

I love the Captain America franchise for it’s patriotic themes and inspiring morals. Yet watching these films leads me to question why so many heroes tend to go on missions which the government can’t complete.

I think of heroes like Captain America, Batman, Quick Draw McGraw, and others taking the law into their own hands as he fights to fight crime and save the day. It is a recurring theme to have a hero solve a problem which the government can’t or won’t try to solve itself. These stories tend to make it seem as if the government is, at best, a distraction to the men and women trying to save the day. So my question is why we enjoy watching films where the government doesn’t seem to matter.

My opinion is that it is because we know that the government can’t solve every problem. Any given superhero franchise will star a hero who answers to no one but themselves; a hero who believes that the safest hands in which to hold power is their own. These heroes don’t seek help from the police or the army or any other government force knowing that the government will likely disbelieve or misunderstand the problem and ultimately make things worse for the protagonist. Knowing that governments are imperfect, we celebrate those who don’t wait for “the proper authorities” but instead will take on the challenge of saving the community (world, farm, etc) themselves. As we watch Nazi soldiers march across the screen or evil mob bosses terrorize the pages of a comic book, watching a fictional hero take to the streets to fight for justice kindles and satisfies our desire to see the day when someone will stop waiting on the government and actually do something.

The injustices that plague our world are not fiction, they are reality. We see crime, corruption, starvation, poverty, etc, and we know someone has to do something. In our righteous impatience waiting on government promises that we doubt may ever be fulfilled, we hope that one day someone with just enough strength and courage will come to bring justice to the places where justice is nowhere to be found.

Our hunger and thirst for justice is real, but some of us are tired of waiting for someone to wait on our table. So what do we do? What do we do as a response to the need for justice that we see? Do we don a mask and begin beating up criminals? Do we write a strongly worded petition to show our peaceful anger? Do we burn police cars, do we smash windows, do we vote, do we proudly abstain from voting, do we call our local representative, do we get on our knees and pray for God to intervene? My answer is maybe, but I have a different thought.
There is a song from a different superhero franchise, Marvel’s “Luke Cage”. In the show, the singer, Method Man, sings these lyrics:

Lord, who to call when no one obeys the law
And there ain’t no Iron Man that can come and save us all?
Power to the people and Luke Cage the cause
And the cops got it wrong, we don’t think Cage involved
Look, dog, a hero, never had one
Already took Malcolm and Martin, this is the last one
I beg your pardon, somebody pulling a fast one
Now we got a hero for hire and he a black one

The words of this song reflect the feeling that no one is going to enter the community from outside to save the day. Not even those paid to administer justice can meet the community’s needs. Instead, the song celebrates an individual from within the community who finally steps up.

We love seeing the stranger who rides into town kicking down doors and righting the wrongs. We rest on the hope that someone will come and take care of our needs, fixing the injustices of the world…but perhaps we don’t believe that person could be us. The most recent Captain America film has a character saying something along the lines of how the bad things that happen are our responsibility if we have the power to stop them. We may not want to claim responsibility for the problems of the world around us, but failure to claim responsibility does not absolve us of it. The idea of making a difference in the world may seem like a great responsibility, but we have great power to do so if we work together.

As June Jordan said in her Poem for South African Women, “We are the ones we have been waiting for”. Don’t wait for Iron Man, don’t wait even for Captain America. Be the change, make the difference, and stop waiting for someone else to do something 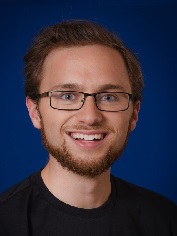